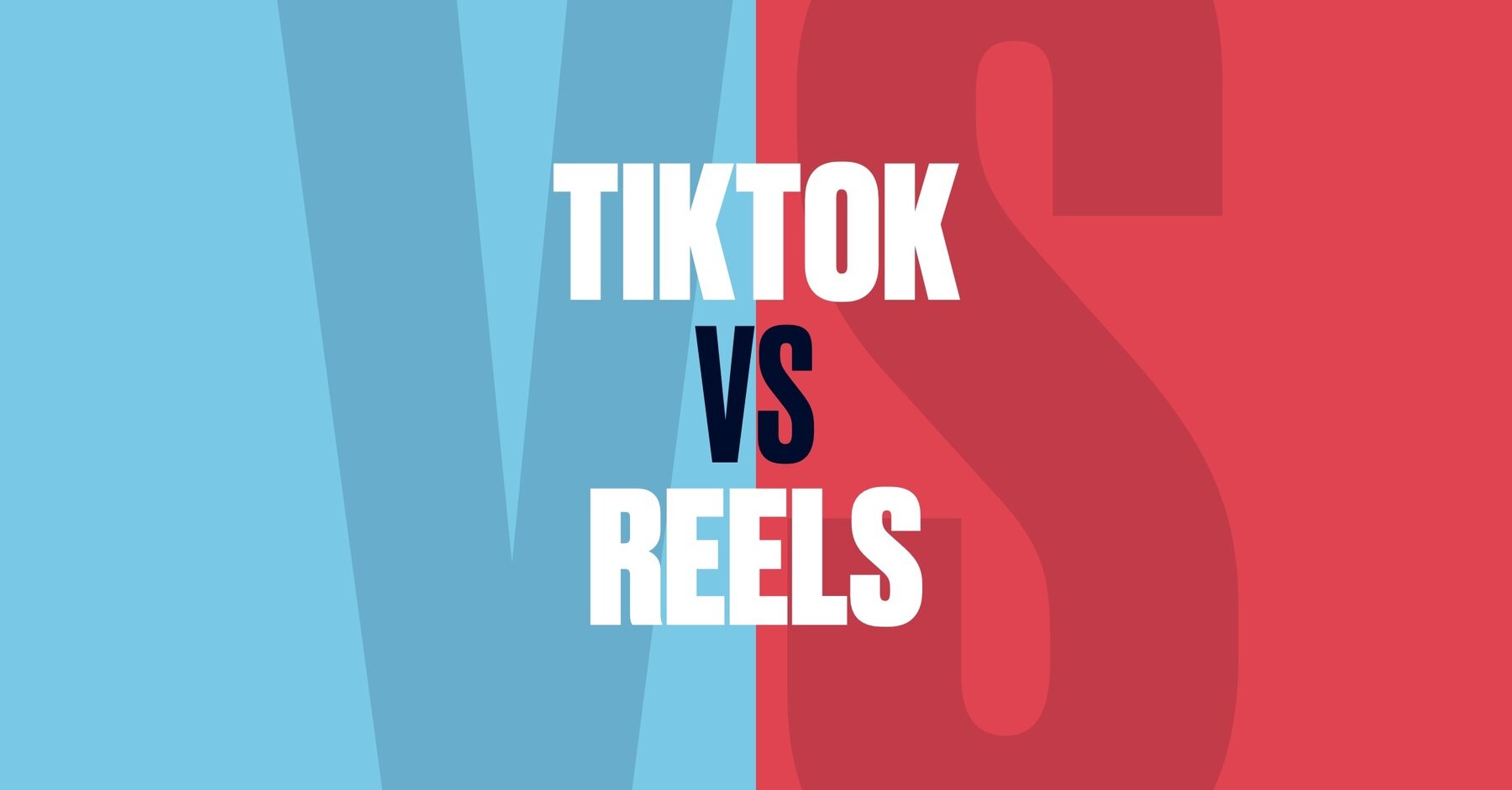 Welcome to the battle of the short-form video content. In one corner, we have youngster TikTok, and in the other corner, we have veteran Instagram, which launched its new tool Reels last year. TikTok and Instagram Reels both offer short-form content with a maximum of 3 minutes on TikTok and just 60 seconds on Instagram Reels. Both make sure that your content stays relevant and is quick to the point. There’s no time to raff about here.

Instagram released its Reels feature update on the platform in 2020, but whilst the feature is an infant, Instagram itself has been around for over a decade, launching in 2010. In that time, the platform has developed and grown slowly from simply posting photos and videos to implementing Stories, Ads, Live, Shopping, and now Reels. TikTok, on the other hand, only allows you to post videos.

Although TikTok has had its share of breaking news such as Trump threatening to ban the app in the US and India completely opting out of the app, Instagram hasn’t always had the cleanest of records for controversy. Taking the ‘Stories’ feature from Snapchat and copying TikTok to create the ‘Reels’ feature, to name a few. However, Instagram is Goliath, part of the Facebook company, which has the money and resources to do what it wants.

Each social media platform has its own supportive following – TikTok with 689 million users, while Instagram boasts 1 billion users! So, who will win the battle?

Round 1 – aesthetic and demographics

There’s a clear divide between the two platforms over the aesthetic of the video content. To some, TikTok is anti-aesthetic, which means the aesthetic of the video doesn’t need to look polished or even consistent with their other videos, as it’s more about the content rather than the videography vibe. TikTok gives people the freedom to create without worrying about the colour palette of the video. However, this could be down to the demographics of each platform, as TikTok is mainly embraced by Generation Z, although more and more demographics and businesses are joining the platform slowly. Instagram, which comprises mainly of Millennials, still puts a heavy influence on their aesthetic and brand. One of the reasons for this could be that Reels sit on users’ grids, which means that the size and format of them need to look consistent with their other photos and videos.

Although TikTok and Instagram are both very similar in regards to short-form content, they are structured differently. Instagram uses a network-based system, which means that your friends, family and existing followers are most likely to see your Reels as they show up in their feed. In contrast, TikTok is content-based. TikTok displays content based on videos the user has watched in the past, meaning it shows relevant interest-related content, even from strangers. As a result, this makes reaching your videos to new people much easier on TikTok and why so many people have found followers fast due to their content going viral.

Following on from Round 2, the two apps work in different ways because of their algorithms and each one is highly personalised. TikTok currently reviews what content you’ve previously interacted with to curate a bespoke ‘For You’ tab, of new video content to explore. They achieve this by analysing video content you’ve liked, shared, commented on, or flagged as not interested in. Instagram, on the other hand, is secretive with its algorithm and is constantly updating. However, content creators have noticed that they are gaining traction when posting to Reels. Instagram is evidently trying to push this new feature by giving more attention to Reels and using its algorithm to promote them.

Which platform do you prefer? Only you can decide the winner!